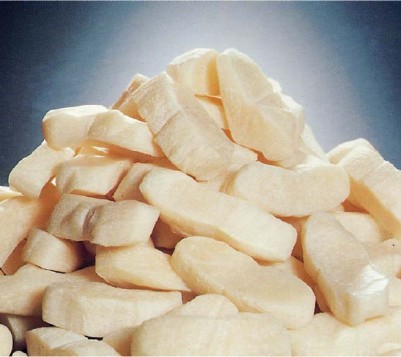 FREQUENTLY ASKED QUESTIONS
How long has Denka Performance Elastomer operated?
Denka purchased the Pontchartain Works Facility, located on DuPont’s manufacturing site in LaPlace, Louisiana in late 2015. Denka assumed operation of the facility on November 1, 2015. The facility was previously owned and operated by DuPont. Denka Performance Elastomer’s corporate headquarters are in LaPlace and it employs more than 200 people in St. John the Baptist Parish.

What does Denka Performance Elastomer’s LaPlace facility produce?
Denka produces Neoprene synthetic rubber. The product was invented by DuPont in 1931 and is used in a wide variety of applications, such as laptop sleeves, orthopedic braces (wrist, knee, etc.), electrical insulation, laptop sleeves, automotive parts, and wetsuits.

Did Denka know about NATA study/EPA investigation prior to purchase?
This information was not made available to Denka prior to November 1, 2015.

How has Denka worked to address the NATA study with the St. John community? Denka has held numerous meetings with residents in the local community to share its findings and plans and hopes to continue to have a constructive dialogue. For more information, visit denka-pe.com.

Are there health effects associated with chloroprene emissions?
Denka complies with all air permits granted by the LDEQ. LDEQ establishes emission limits in air permits at levels protective of human health and the environment. Moreover, as a result of the NATA study, Denka is voluntarily taking steps to reduce chloroprene emissions by 85 percent from those of 2014. Denka believes many of the community concerns about health risks associated with emissions from the Denka facility are unfounded. Importantly, Denka has filed a Request for Correction with EPA to update the science underlying the NATA study. Moreover, epidemiology studies and public health data do not show a basis for public concerns. For example, as shown by the Louisiana Tumor Registry, St. John the Baptist Parish has one of the lower cancer rates in the state.

How much chloroprene does the LaPlace facility emit annually?
Denka has historically and continues to operate in compliance with its air permits granted by the LDEQ and subject to review by the EPA. The ambient concentrations of chloroprene measured by the facility are far below current regulatory standards. Public records show that in the last several years under ownership by DuPont the Neoprene process emitted about 120 tons of chloroprene annually–a level well below permit limits. More than 99.5 percent of the chloroprene processed at the site is converted to product. Due to emissions reduction measures, emissions from the plant have decreased steadily over the life of the facility.

Are Denka’s chloroprene emissions above regulatory levels?
No. Denka has historically and continues to operate in compliance with its air permits granted by the LDEQ and subject to review by the EPA. The ambient concentrations of chloroprene measured by the facility are far below current regulatory standards. Additionally, in January 2017, Denka voluntarily committed to installing emission reduction systems designed to reduce the facility’s chloroprene emissions even further (approximately 85 percent).

What is the National Air Toxics Assessment (NATA)?
The NATA study is a ‘screening level” environmental study conducted by a subgroup of the EPA. The study compiles information about air emissions and other environmental impacts over geographic areas of the country. A draft of the 2011 NATA study was released in November 2015. EPA has stated in its NATA Frequent Questions:
“NATA…assessments are based on assumptions and methods that limit the range of questions that can be answered reliably. The results cannot be used to identify exposures and risks for specific individuals, or even to identify exposures and risks in small geographic regions such as a specific census block, i.e., hotspots. These limitations, or caveats, must always be kept in mind when interpreting the results, and the results should be used only to address questions for which the assessment methods are suited.”

Was Denka aware of the NATA study before it purchased the plant? Denka first learned in November 2015, the same month that the company purchased the plant, that preliminary NATA study results suggested the possibility of elevated health risks correlated to constant exposure to chloroprene over a 70-year lifetime. For more information, visit denka-pe.com.

What was the result of the NATA study? The NATA study suggested a possible risk of health effects over a 70-year lifespan of exposure to 0.2 µg/ m3 of chloroprene. Denka has identified a basic scientific issue with that suggestion through a third-party scientific review and has submitted a Request for Correction to the EPA to address that issue. The Request for Correction is currently under review by federal and state regulators. Neither EPA nor LDEQ have set any new limits regarding chloroprene exposure as a result of the draft NATA study published in 2015. The LDEQ ambient standard for chloroprene is 857 µg/m3 on an 8-hour basis. Denka has been and remains in compliance with that standard.

How did Denka respond to issues raised by the NATA study? EPA published the 2011 NATA study online on December 17, 2015. Almost immediately, Denka, EPA and LDEQ initiated public outreach programs to inform various stakeholders including local residents and Louisiana environmental groups. Denka, in conjunction with EPA and LDEQ, held a public meeting on July 7, 2016 to share with the public the culmination of months of work spent reviewing and assessing the significance of the draft 2011 NATA study. Denka has and is continuing to speak with its employees and a number of citizens in the community.

What is the NEIC Report and what are its findings? The EPA’s National Enforcement Investigation Center conducted an inspection of Denka’s LaPlace facility shortly after it was acquired from DuPont. The resulting NEIC Report identifies areas of potential noncompliance with emissions regulations. Most of the areas of potential noncompliance identified relate to the period of operation prior to Denka’s purchase of the facility. At this stage, the report’s findings are preliminary and not final. Additionally, Denka has contested virtually all of the report’s findings. Denka’s review identified a number of information gaps and mistakes in the NEIC report. As a follow up to the report and to the issues Denka identified, Denka and DuPont met with EPA and LDEQ. Both companies will continue to have discussions with these agencies. It is important to note the EPA has indicated the findings are subject to change based on additional information provided by both companies.

What are the next steps as a result of the publication of the NEIC report? Denka has identified information gaps and inaccuracies in the NEIC report. Denka has met with EPA and LDEQ numerous times to discuss concerns about the report. EPA has indicated the findings may be subject to change based on additional information provided by Denka to fill in gaps in the information cited in the report. It is not clear at this time how long EPA’s review will take.

What limits are currently in place regarding chloroprene exposure? For ambient air concentrations, the applicable standard is 857 micrograms per cubic meter average for an 8-hour period of exposure. For workplace exposure, Denka relies on a 2016 standard set by the American Council of Governmental Industrial Hygienists, which recommends 10 parts per million (ppm) average over an 8-hour period as the threshold at which personnel should utilize protective equipment. The ACGIH is a widely For more information, visit denka-pe.com. respected group that reviews exposure data, toxicology, epidemiology, etc. and determines an appropriately protective value, which is recognized as the industry standard. For the surrounding community, as a result of the NATA study, there has been discussion of a reduced standard of exposure over a 70-year period (24 hrs. a day, 7 days a week). There are no EPA final decisions, orders, regulations or proposed regulations that utilize that number. Denka has submitted a Request for Correction to EPA, asking the group to correct this suggested value and determine a new number with an accurate scientific basis. Denka’s Request for Correction shows that a much higher level of 31.25 micrograms per cubic meter on a long-term basis is protective of human health and the environment. Denka believes it is extremely important that any future EPA or LDEQ regulation of chloroprene, as well as community views on chloroprene, should be based on the best available science, as summarized in the Request for Correction.

Are there discrepancies between Denka’s and EPA’s data? Denka’s conclusions have identified several issues with the EPA’s data. Most important, the NEIC inspection on which the report is based occurred in June 2016. In contrast, Denka’s environmental specialists and process engineers have generally worked in the same plant for many years and are much more familiar with its operations than the NEIC team was. For example, Denka’s greater familiarity with the plant allowed it to identify, after the NEIC developed its report, fundamental issues with NEIC’s understanding of the halogen acid production furnace, once corrected, that have completely or largely addressed EPA’s concerns about that unit.

What is Denka doing to address community and regulatory concerns? Denka has been working with LDEQ and EPA since the NATA study was released, and later signed a voluntary Administrative Order on Consent (AOC) with LDEQ (January 6, 2017). The AOC affirms Denka’s voluntary commitment to undertake $18 million in emissions reduction projects designed to reduce emissions by 85 percent. Denka entered this agreement voluntarily.

What resources has Denka committed to projects and improvements? Denka has already committed $18 million to emissions reduction projects in the AOC designed to reduce emissions by 85 percent. In addition, Denka continues to develop and assess additional projects beyond those outlined in the AOC. Furthermore, Denka anticipates the additional investment will far exceed $18 million, as the annual operating costs for the new facilities will be substantial. What projects is Denka undertaking as part of this voluntary effort? The voluntary AOC includes four projects:

Is Denka open to reducing the production level at the plant in order to reduce emissions? The company must fully produce Neoprene, the company’s only product, in order to pay for its operations and its more than 200 direct employees, and in order to fund the voluntary emission reduction measures. The vast majority of Denka’s capital expenses are currently devoted to the emission reduction efforts. The facility is in compliance with its air permits, and the ambient concentrations of chloroprene are far below any regulatory standards.

Is Denka exploring additional emissions reduction measures beyond its AOC?
Denka is implementing state-of-the-art emission reduction technology and the company continues to work with the Louisiana Department of Environmental Quality and the U.S. Environmental Protection Agency on determining the appropriate level of emission reductions. In addition, Denka continues to develop and assess additional reduction measures beyond the voluntary commitments made in its AOC with LDEQ. Denka will continue to work with the St. John community, EPA and LDEQ to remain a good neighbor and responsible corporate citizen.

What is the schedule for improvements to be completed at the plant?
The emission reduction measures set out in the AOC will be implemented in 2017. At this time and throughout this process, chloroprene emissions and the ambient levels of chloroprene are in compliance with applicable permit requirements and ambient standards.